Yin Yoga Anatomy Theory (That is NOT Paulie’s) 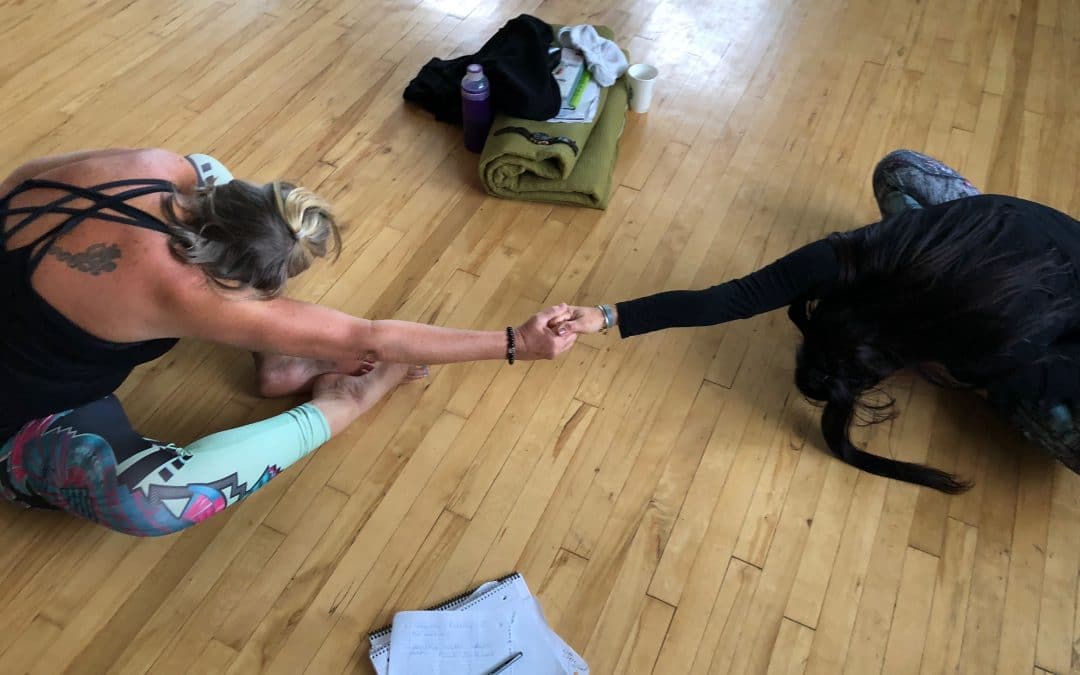 Yoga student Ashley Meyer wrote to us saying, “I was taught in Yin yoga anatomy theory at a workshop that my bones aren’t meant to bend in a way that would allow me to do certain poses. They told me I will never do the splits, but it’s not my fault, it’s my bones. They showed me other ways to practice, and I trusted them. I continued doing my daily yoga practice, becoming more flexible then I have ever been, but with a belief that there was a limit to what I can do.”

In response to Ashley’s experience, I asked one of Paulie’s students who is a real doctor what he thought of this Yin yoga anatomy theory. He replied:

“It is not possible to predict what a person may physically accomplish by observation, medical examination, X-ray of skeleton, MRI or other imaging devices.

(This of course assumes we are not talking about ever being able to bench press a tractor trailer. And this may not apply to someone who has a congenital physical deformity or a post traumatic physical deformity.)

However, the question of being able to perform any physical posture is not dependent on bone structure for the most part, but far more on the amount of time devoted to practicing. I strongly discourage any concept by teachers or students about what can and cannot be accomplished. The heart of the practice of yoga rests completely in the word  ‘practice.’ It is not measured in what external physical form is demonstrated.

My response to a student who would ask if he or she would ever be able to do a particular Yin yoga pose would be to practice from the heart with compassion, diligence and persistence and then ask me that question again in another 20 years.

Always, your friend and student of The Way,”
Joe Lanzarolla, M.D.

Paulie’s student Ashley Meyer went on to say, “Then I took a workshop with Paulie Zink. He reminded me why I fell in love with yoga in the first place. At his weekend workshop he told me I can do anything I set my mind to, and that there aren’t any limits to what I am capable of accomplishing [within reason]. He showed genuine care and interest, and had an energy that just radiated throughout the room. He is an example of the type of teacher I hope to be: one who inspires. And one day, I will do the splits!”

This Yin yoga anatomy theory is just that: a theory. Paulie says if a student is told by a teacher that she has limitations and she believes it, then it is most likely that she will be limited. Paulie is a teacher who encourages students to believe in their own untapped potential. Our bodies continually regenerate and grow new cells. Therefore, as long as we are alive, healing, growth and improvement are almost always possible. And he has seen this to be true countless times in his 35 years of experience teaching Yin yoga. Paulie has helped students, including those in their 50’s or 60’s, to grow and develop flexibility at an accelerated rate. And many of them were students who had been practicing and even teaching yoga for several years.

“Bones need to be able to grow. Bone is living tissue and is packed full of blood vessels. It has the ability to regenerate. Bone cells replenish and replace themselves almost constantly through out our lives. As an adult, over a ten year period every single bone cell within my skeleton will have been replaced.”
Ben Garrod, Evolutionary Biologist
Secrets of Bones, BBC documentary

“Any impact on bone triggers an amazing reaction. The shock mobilizes an army of microscopic bone building machines. Where stress occurs these cells excrete a layer of liquid bone. This hardens to strengthen and thicken the structure. Areas without stress do not need to be so strong. Here bone destroying cells use hydrochloric acid to dissolve superfluous bone.

Like a team of sculpturers, the bone cells constantly remodel the skeleton to make it strong where it needs to be and light where it can afford to be. But it’s not just the bones of athletes that undergo perpetual change in their bones. It happens to all of us.”
Science of the Mind & Body, Amazon Prime documentary

It’s important to remember that our own personal truth is within each and every one of us. No external self proclaimed authority is the expert on who we are or what we are capable of as individuals. I strongly suggest: DON’T EVER GIVE YOUR POWER AWAY! Always question the motives of anyone who tries to convince others that they are limited, who tries to stifle their potential, especially without proof. And seek your own truth from within.