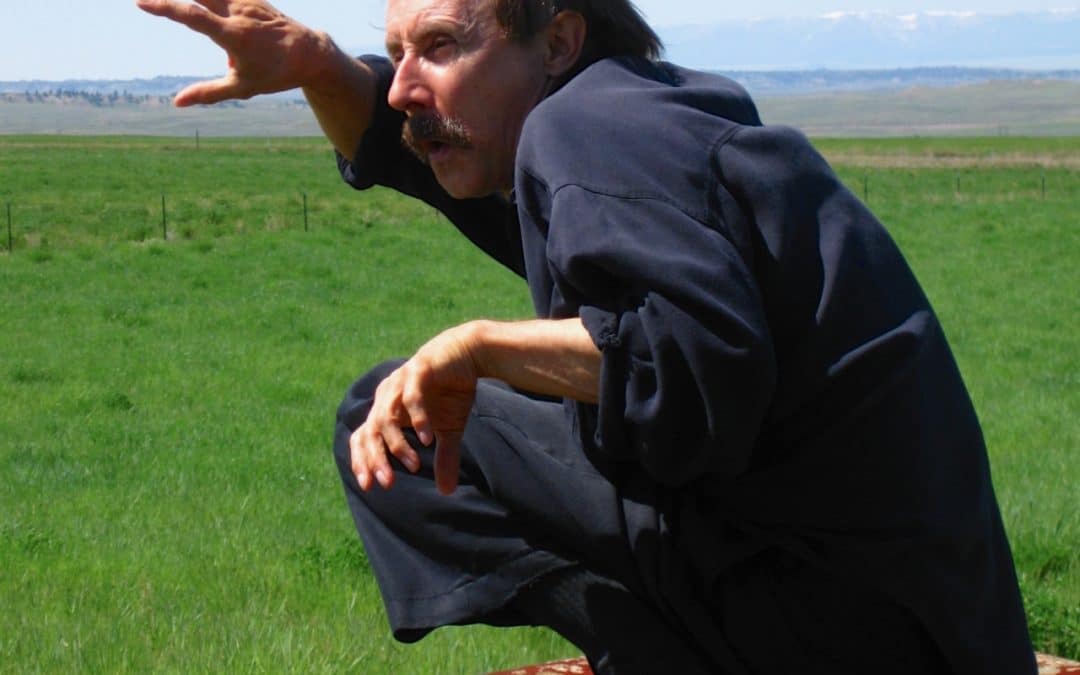 When I first learned about Yin yoga the healing art, I purchased Sarah Powers’ DVD and then I read Paul Grilley’s book…But the first workshop I attended with Paulie Zink showed me what this practice he teaches is really all about. It is not simply a quiet practice of long, still holds. That is the foundation from which evolves the ability to move fluidly and gracefully from posture to posture. The full practice invokes the energetics of animals and so much more. The five elements of the Chinese medical system are explored through the practice in a variety of ways. The workshop concluded with a walking meditation of the birthing cycle of the five transforming energies. At the end of it I could feel the chi (life force) radiating between my hands and my body was invigorated and full of energy.

The first time I met Paulie I asked him, “Were you always this flexible?’ He answered, “No, I had average flexibility as a teenager. I started practicing Hatha yoga in my teens and grew some; but it wasn’t until I met my master when I was in college and really started training intensively that my flexibility developed to the point where it is now. The style of kung fu that was handed down to me required extraordinary flexibility to master it. I practiced six to eight hours a day for ten years.”

After attending several week-long training sessions with Paulie I feel I am only beginning to scratch the surface and to experience the true depth of this practice… and the fun! Becoming attuned to the seasons and the alchemical elements has changed how I move through my days. Every moment is an opportunity to practice and to learn from the animals and nature around me. Growing and preserving my flexibility, strength and fluid movement, and also developing a deeper connection with everything around me, has become an integral part of my life.

The Tao of Paulie

The complete art of Yin yoga taught by its founder master Paulie Zink goes far beyond that image of Yin yoga as it is commonly held by many yoga practitioners and teachers. This is a dynamic potent practice. It is a healing art and one designed to restore the primal nature of the practitioner- that nature which is curious, strong, adaptable and instinctual. Being awake to one’s primal nature means being fully present in the body without the distraction of abstract analytical thought processes and self limiting preconceptions.

Paulie’s Yin yoga is rooted in the traditional Taoist healing arts of China which have their earliest beginnings in ancient shamanic practices. The complete art of Yin yoga is premised upon the energetics of animals and elemental forces. It incorporates the concept of yin and yang and the five element theory that is the basis of the Chinese system of acupuncture and herbal medicine.

In Paulie’s Yin yoga the focus is on the energetics of the animals. It’s about the alchemy of embodying their spirit. So the name of an animal pose describes the attributes of the posture. Embodying the energetic qualities of an animal is an invigorating technique for transforming and enhancing the experience of our own physicality, how we feel and move in our bodies and how we relate to our surroundings.

For example, by doing the Monkey postures and movements you become as a monkey is: agile and mischievous. In the way you sit or stand or run about, the movements are those of the monkey twisting, reaching, climbing and scampering along the ground. You spontaneously become joyous, curious and playful.

There are many dozens of postures and variations contained in the complete art of Yin yoga including those of mythical beasts such as the Dragon and the Phoenix. The Dragon posture is used to develop ankle, hip, and thigh flexibility, among other things. With consistent practice the ankle joints grow increasingly flexible, enabling the practitioner to perform very low-to-the-ground stances. This becomes particularly useful when flowing from posture to posture, such as with the Monkey and the Rabbit series of movements.

Whether you are taking on the characteristics of a mythical creature or a real animal, each one imbues to the practitioner not only physical traits, but also energetic and spiritual qualities. A sense of magic and mystery comes over you. You begin to live in the moment, not thinking, simply being. Developing awareness of the subtle energy of chi, our vital life force, is the heart of Yin yoga. The theory of the five transforming energies lays the foundation of Yin yoga the healing art. These are the elemental forces of Earth, Metal, Water, Wood and Fire. Each of these elements express distinct characteristics in the energetic field of our body and emotions, such as calm, strength, fluidity, springiness and lightness. These elemental attributes can be cultivated and manipulated.

For instance, the Phoenix posture is one of the Fire element. Fire energy has the quality of lightness and being ungrounded. It is always in motion, always expanding and reaching upward. With the Phoenix posture you start from a crouching position, posed on the balls of the feet with the arms tucked under like folded wings. Then by invoking Fire energy you gracefully rise in one fluid motion, unfolding your wings as you come up to a standing position. From there, with the wings outstretched, you finish by balancing on one leg.

“I taught a form of Taod-Frog-Phoenix sequence to my yoga class,” says Linnea Larson, a yoga teacher trained by Paulie Zink, “and one of the 55 year old guys who had bad arthritis in his knees and hips was simply ecstatic that he could move from Phoenix straight up with his arms overhead. He said he never would have imagined he could have done this. And he has not done that kind of movement in fifteen years.”

Through this practice, we bring our body back to it’s primal nature, one which is relaxed and at ease with gravity, yet always prepared to respond in an instant.

In the popularized version of Yin yoga it is commonly thought as being a practice done from the waist down with static poses. “Unfortunately there are a lot of students who have learned only this fragment of my art,” Paulie explains, “and think that that is all there is to it. By only working the lower part of the body one neglects the joints of the upper body. And this causes an imbalance in the whole system of the body. The idea of true Yin yoga is to become totally flexible and resilient, to move the entire body in graceful unison. It is important for ALL the joints to be open and mobile in order for chi to flow efficiently.”

Yin yoga involves all the tissues of the body, not just the connective tissue. Muscles, tendons, ligaments, veins and arteries, cartilage, bones, and even the organs, are all stimulated by the practice. The circular and spiral designs of the movements found in nature are integral to the practice. The more static postures are used to grow flexibility. Yet the ability to flow fluidly and comfortably while transitioning from posture to posture is equally important, if not more so. Standing and balancing postures are also a significant component of the art.

Another common misconception about the art of Yin yoga is that it is an “easy” yoga. However, many of the postures can be quite strenuous, especially at their advanced level. Yin yoga develops muscular strength; and the weight bearing movements of the animal postures temper the bones. Bones are living tissue and generate new cells. They are capable of growth and adaptation throughout our lifetime. Every joint of the body is worked in this practice. Attention is given to the fingers, wrists, toes, and ankles, along with the back, shoulders and neck. The continuous transitions from tight and contracted postures to open and expanding ones allows the body to move through and extend its full range of motion.

Paulie sees the infinite potential in all of his students; but the onus is on the student to let go of the constraining mind set, the belief in limitation. Paulie says, “If you believe you are limited, then you will be.” This practice is designed to take us out of the obsessive thinking and judgmental mind in order to restore and to enliven our primal essence that modern convention has alienated us from in many ways. It is our birthright, the wild spirit of keenly attuned senses and empowered physical awareness that is unfettered by social conditioning and which returns us to being in harmony with the natural world, with her rhythms and cycles.

Yin yoga the healing art is a life long practice undertaken to keep ourselves healthy and connected with our own individual nature and with all of life, in which we are an inextricable part. 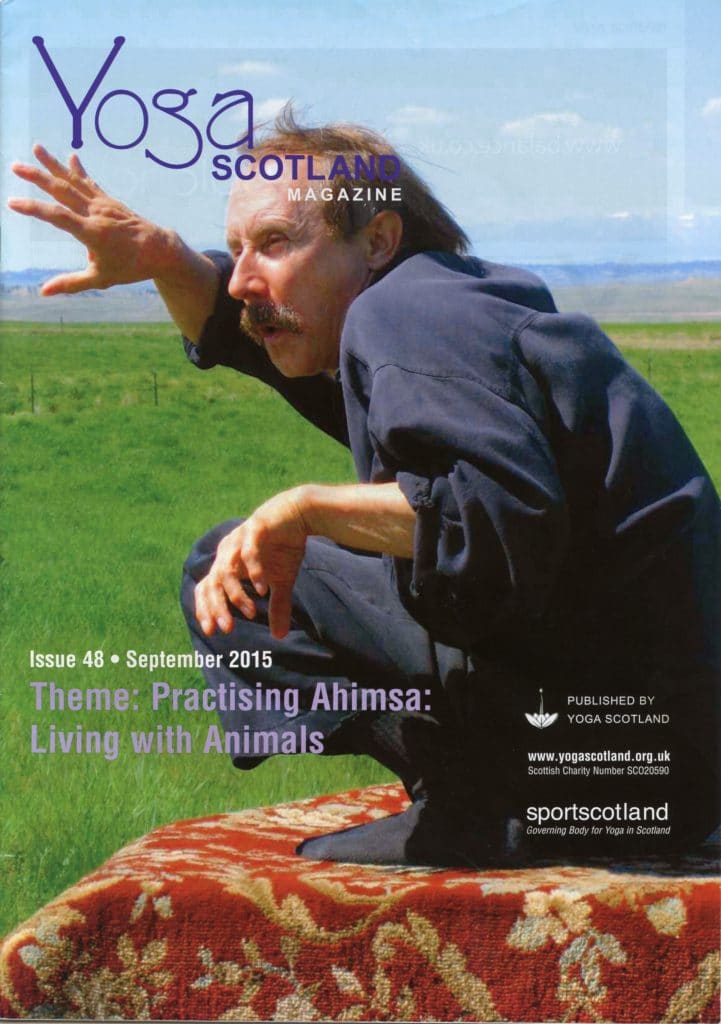